How can we help?

We regularly advise clients on bringing and defending challenges to procurement awards under the Public Contracts Regulations 2015 (the Regulations).

We act for both contracting authorities, advising them on how to avoid challenges and defending them if they do arise, and for unsuccessful bidders who wish to challenge award decisions where they believe errors have been made or processes have not been conducted in accordance with the law.

Although we deal with issuing court proceedings where necessary, we are often able to achieve excellent results for our clients without the need for formal legal action.

First, check whether the tender involved is regulated by the Regulations:

Next, check the value of the contract:

However, even if most of the Regulations do not apply to the contract because it is below the threshold, there may still be
some scope for challenge (particularly if there is the potential for these to be cross-EU border interest in the contract), as all
tenders conducted by public bodies must be conducted in accordance with general EU principles of transparency, equal
treatment, non-discrimination and proportionality.

There are all sorts of reasons why a tender outcome may be susceptible to challenge. The main categories of challenge
are:

There is a problem with the way the tender was designed

There is a problem with the way the tender submissions were evaluated.

The contracting authority failed to comply with the procedural requirements imposed by the Regulations.

Sometimes it is possible to resolve a challenge via correspondence between parties. If that is not possible, then the next step is to issue court proceedings. However, the Regulations impose very tight timescales, so the scope for negotiation by correspondence is limited. Often very quick decisions need to be taken on whether the merits and value of the claim justify issuing proceedings, which is an expensive step.

For claims valued at £200,000 or more, which many procurement claims will be, the court fee for starting the proceedings is £10,000.

Unsuccessful bidders are often very disappointed to have lost a tender the may have spent many hours working on.
It is important for contracting authorities to identify quickly those challenges where the bidder has raised a genuine complaint about the procurement award and those challenges which are unjustified. If a mistake has been made during the tender process, this can often be rectified without the need to abandon the whole tender. In other cases, where the challenge is wrong or misconceived, the contracting authority will need to persuade the unsuccessful bidder why this is so or, failing that, be prepared to defend their award if they are sued.

A common challenge for unsuccessful bidders is obtaining the information they need to work out whether the bids have been marked correctly. Most of the relevant information will be held by the contracting authority.

The Regulations require contracting authorities to publish an Award Notification Letter providing some information to unsuccessful tenderers but often this is insufficient.
There is often a tension between the interests of the unsuccessful bidder, who wants disclosure of all available information about the way their tender was marked, and the contracting authority, who want to avoid being involved in what they see as a pointless disclosure exercise where a disappointed bidder is ‘fishing’ for information which might support a challenge.

With only 10 days to decide whether to issue proceedings in order to prevent the contract award, a bidder needs to act very quickly to seek further information from the contracting authority.
Generally, the contracting authority is expected to disclose the key information needed by the bidder to understand why they have lost, which usually includes disclosing the scoring reports. A contracting authority who refuses this level of disclosure may find they are disallowed from using the same evidence in support of an application to lift the automatic stay imposed when proceedings are issued.It is always open to the unsuccessful tenderer to make a Freedom of Information Act request. However, the statutory timescales for responding to a FOI request mean that the response will usually be received after the deadline for issuing proceedings has expired.

If a tender has been wrongly awarded some or all of the following can be claimed for:
• Damages to compensate the unsuccessful bidders for the profits it would have made had it been awarded the
contract.
• Wasted tender costs.
• If the claim is issued within the standstill period, and the contract has not already been awarded, an order setting aside
the contracting authority’s decision to award the contract to the successful bidder.
• A declaration of ineffectiveness. Sometimes, even if the contract has already been awarded to someone else, the
courts have the power to declare the award the award ineffective i.e. it is treated as if it never happened.

However, this remedy is only available for very serious procedural breaches of the Regulations, including failing to advertise
a contract and entering into a contract before the expiry of the standstill period.

After the contracting authority has informed bidders of its decision, there must follow a ten-day “standstill period” during
which the contract cannot be awarded.

If an unsuccessful bidder issues court proceedings before the expiry of the standstill period, an automatic suspension comes
into place which prevents the contracting authority from awarding the contract, unless the parties agree that the suspension
will be lifted or the authority applies to court for an order lifting the suspension.

If an unsuccessful bidder is content to allow the contract to be awarded to another bidder and limit its claim to damages
only, there is a deadline of thirty days for issuing proceedings. This runs from the “date of knowledge”, which means the date
when the tenderer knew or strongly suspected that the contracting authority had committed a breach of the Regulations.

Often, the date of knowledge will be the date on which the tenderer received the decision notice. However, for some types
of breach the time limit will start running before the tender outcome has even been decided if, for example, it is believed
that the authority’s proposed scoring structure gives one bidder an unfair advantage, then the time limit will start to run from
the date the tender documents are published.

If the automatic suspension has come into place because proceedings have been issued but the contracting authority wants to award the contract anyway, it can apply to the court for an order that the suspension is lifted.
The court will apply a three- stage test when deciding whether the suspension should remain in place:

If the Court refuses to lift the suspension, it will generally make this conditional upon the bidder undertaking to compensate the contracting authority for any losses suffers if, at trial, the Court finds that the challenges are unjustified.

The short timescale involved in challenging procurement awards means that both contracting authorities and bidders need to be aware of their legal position in advance of the tender award so that unlawful awards can be challenged and unjustified challenges can be defended. 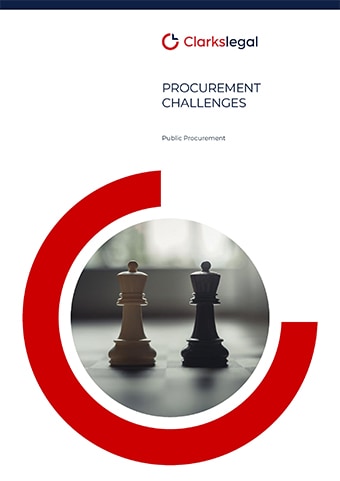 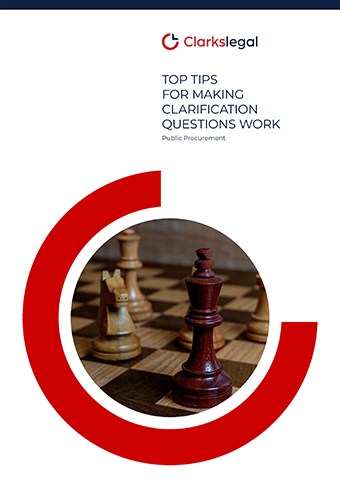 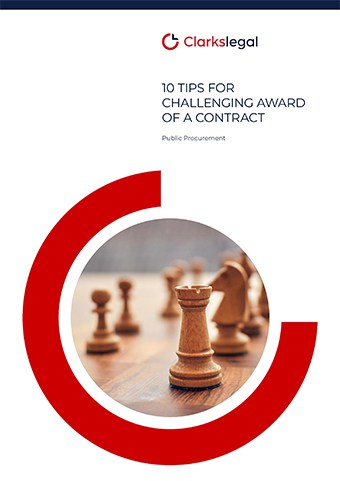 10 tips for challenging award of contract

Public Procurement after Brexit – what next?

Public procurement is one of the areas of UK law most exposed to the consequences of the UK’s decision to leave the EU.

Those involved in public tenders will be familiar with the requirement that a mandatory ten day “standstill period” must follow all contract awards, during which the contracting authority is not allowed to enter into a contract with the successful bidder. The purpose of the standstill period is to enable unsuccessful bidders to review and digest the award notification letter and any other debrief materials provided by the contracting authority, and determine whether they have any grounds on which to challenge the outcome of the tender.

“I was so impressed with the service that we received. We have subsequently found out that, as we suspected, this was the replacement for a very significant framework. That makes the result immeasurably more important to us. I have always said that Clarkslegal was a first class firm and this result, together with the manner of the service provided, admirably underpins my long held view.”

“We engaged Clarkslegal to support us with a procurement issue. They quickly understood our position and represented us effectively within challenging timescales. I found their service to be thorough, professional and responsive.”